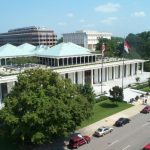 Tyler Mulligan is a School of Government faculty member.

Following the 2010 session of the North Carolina General Assembly, local governments will see an essentially unchanged statutory landscape for community and economic development. Some of the highlights are discussed below.

North Carolina’s economic development incentive framework remains virtually unchanged. The General Assembly ratified several bills related to economic development incentives, all of which have been signed or are expected to be signed by the Governor. Two are of interest to local governments generally. The first, H 1973, extends the sunset for the controversial Article 3J tax credits, which were set to expire at the end of the year. Article 3J provides businesses with state income tax credits for capital investment and job creation. Credit amounts are larger in distressed “Tier One” counties (for an explanation of the tier system, click here) in hopes of encouraging businesses to locate in those counties. A 2009 report from the UNC Center for Competitive Economies (executive summary found here) questioned the effectiveness of the credit, but Tier One counties maintain that the credits are an integral part of their incentive toolbox. The second item of general interest is found in S 1215, which provides local governments with reports of the revenue they have foregone as a result of sales tax exemptions granted to certain businesses (such as internet datacenters and motorsports teams). Reports are to be furnished only upon formal request by a local government. This new report might come in handy, because the General Assembly also enacted a series of targeted tax breaks for specific industries (see, for example, S 1171 and H 1973).

Local Government Authority to Finance Energy Projects is Clarified (somewhat). In 2009, the General Assembly granted authority to local governments to finance energy efficiency and renewable energy projects on private property through revolving loan funds and special assessment programs. For more detail on those programs, see my colleague Kara Millonzi’s blog post here. As federal stimulus money rolled in, however, a question remained. Were local governments permitted to make grants (as opposed to loans) as part of their energy programs? Limited authority to make grants is provided within existing community and economic development statutes (using authority described here), but otherwise the power to make grants was lacking. H 1829 settled the issue by clarifying that local governments are permitted to make grants for which federal funding is provided. The language is not as clear as it could be, so you may hear more about this in future blog posts.

Laying the groundwork for regional collaboration around sustainable practices.  The new HUD-DOT-EPA Interagency Partnership for Sustainable Communities promises to be a significant source of grant funding for local governments over the next several years. In preparation, the Appropriations Act of 2010 establishes a North Carolina Sustainable Communities Grant Fund to encourage regional planning efforts that integrate housing and transportation decisions, to improve land use and zoning, and to provide matching funds for regional partnerships seeking federal funds related to sustainable development. The Fund will be administered by a 13-member task force that is directed to identify federal sources of funding for its activities.

Were you following any other community and economic development legislation that should be mentioned here?

https://ced.sog.unc.edu/2010/07/no-legislative-surprises-in-community-and-economic-development-as-general-assembly-adjourns/
Copyright © 2009 to Present School of Government at the University of North Carolina.
Comments are closed.