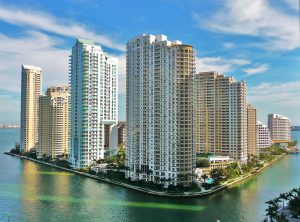 is quoted in the report, “[Income Inequality] is associated with increases in crime, profound strains on households, lower savings rates, poorer health outcomes, and diminished levels of trust in people and institutions (p. 6).” The CED response at the time? Traditional approaches: the provision of affordable housing, access to affordable financial services, workforce development, efforts to build savings and strengthening education.

Since then, income and wealth gaps have only expanded, and the issue is not limited only to low-income families. In September 2018, the Pew Research Center foundthat the size of the middle class had not changed, but it was losing ground financially to upper income families. Growing income inequality has specific impacts and implications for the middle class. For example, recent researchby UNC Professor Keith Payne and colleagues on the individual behavioral impact of income inequality on the middle class shows clear links to negative community level economic, social and health outcomes.In short, inequality leads to risky behavior to either try to keep up or to say “What the heck?”  at the individual level. Local governments pay the price.

The obvious community level example is opioid addiction, where towns and counties struggle to deal with the fall out.  Tremendous energy is going into how to best provide state and local response (such as the upcoming NC Opioid Misuse and Prevention Summit), but there is also a focus on dealing with the problem at the source, and this does not mean the availability of opioids, but in why people are abusing them. The issue is complex, of course, but Payne’s fascinating research, laid out in his 2017 book, The Broken Ladder: How Inequality Affects How We Live, Think and Die, suggests increased risky behavior is based in part in response to the idea that there is no opportunity for the middle class to be stable, let alone improve economically. Our children are more likely to do worse than us, not better. 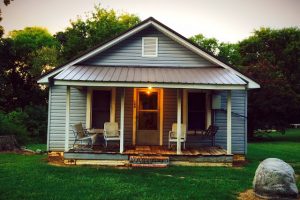 Payne’s research came down to the perception of inequality being important, beyond the actual disparity. The issue may be higher perceived needs as well as greater actual economic stress. Risk-taking was higher in states with greater perceived income inequality. More importantly for understanding the challenges facing the middle class, the effect is driven by attenuation at the upper end of the income distribution, between the median and high incomes.

I  wrote this blog last night.  This morning, I had notice of a piece by Richard Reeves at the Brookings Institution that  reflects the  same research and concern. “[Inequality] driven by a stretching of the income distribution towards the top, …is bad because the middle class judge their own progress against that of the richer folks and feel left behind. It is bad because those with high and rising incomes become disconnected—physically and psychologically—from the people further down the ladder, undermining support for redistribution. It is bad because, as CUNY’s Janet Gornick points out, richer families can effectively secede from public services such as education and transport, rendering them more vulnerable and less diverse.”

If risk-taking behavior is driven by upward social comparisons, what can local CED professionals do about it? Think about it—how are income disparities accentuated or de-emphasized by policies in your jurisdiction? Recent research from the CED and planning literature  suggests local governments not only have a role in reducing income/socio-territorial inequality, but shows how current policies, or a lack of attention to this issue, can make it worse. In the next blog, we present a range of policy and planning approaches practitioner experts and researchers suggest may help.

Thank you to Professors Anita Brown-Graham, Adam Lovelady, Jonathan Q. Morgan, and Tyler Mulligan from the School of Government and Keith Payne from the Department of Psychology and Neuroscience, School of Medicine for their contributions.

https://ced.sog.unc.edu/2019/04/ced-and-planning-vs-income-inequality-part-1-when-communities-pay-the-price/
Copyright © 2009 to Present School of Government at the University of North Carolina.
Comments are closed.