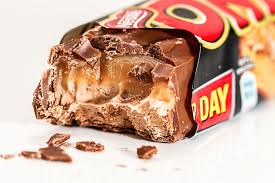 We often hear “measure what matters,” usually in the general context of discussions about what you are measuring. The Federal Office of Management and Budget (OMB) is considering an important change in how we measure inflation rather than generally what we measure when it comes to a number of significant community and economic development programs. The change could make one aspect of the Official Poverty Measure more accurate, with significant impact on the size and scope of beneficiary populations, and by association, to criteria used in many CED programs.

Two months ago, on May 7, 2019, OMB issued a request in the Federal Register for comments concerning an alternative measure of inflation under consideration for the annual indexing of eligibility levels for a number of federal benefits programs. The devil is in the details with this proposal. While the change is statistical in nature, it is more likely to interest die-hard number nerds than most applied CED professionals. Although the public comment period is closed, it is important for the CED community to understand the proposal and watch for details of the decision, even if the decision is to maintain the current formula.

The proposal only affects those programs using the Official Poverty Measure in some way. This includes a wide variety of programs including Medicare and Medicaid, Supplemental Nutrition Assistance (SNAP), Low-Income Home Energy Assistance (LIHEAP), Head Start and others. OMB is not suggesting a change in program activities or eligibility standards directly. Instead, the change is in how inflation is accounted for in the measures used for eligibility and/or benefit levels.

Inflation is the change in prices for items in our economy over time. In general, all prices rise. This is why the candy bought by our parents might have cost them 5 cents, while the same candy costs us $1.00 today. While the nightly news usually reports the single most broad measure of inflation, the Consumer Price Index, there are actually many different inflation measures, depending on the goods, services, sector or population in question. Prices for certain kinds of goods or services, or things used by a certain group in society, can rise more quickly or slowly than others. 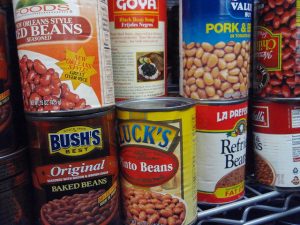 he CPI-U to the chained CPI, the most likely scenario. The chained CPI rises more slowly than the CPI-U because the chained CPI accounts for a consumer’s ability to partly offset the effect of changes in relative prices by switching between types of products – if the price on one product, such as a favorite brand of beans, rises, and it is a burden on the customer, the chained measure assumes the consumer can switch to a cheaper version of the same or similar product, say the store brand can of beans. That store brand may also see an increase over time, but net effect of this type of substitution practice is a measure of inflation that rises more slowly, and accordingly, the Official Poverty Measure would rise more slowly. Not only would that have an impact on the poverty line in each year, but over time, in general, the impact would compound. Some analysts predict this would cut more and more beneficiaries compared to the number projected using the current measure of CPI-U.

The issue at the heart of this discussion, however, involves accuracy – what measure is most appropriate to use in the circumstance in question, or, in other words, to understand price increases for the targeted population – and hopefully it is a measure that can also be consistently and easily measured each year. For those statistics nerds out there, the terms “validity” and “reliability” might come to mind. Unfortunately, the stakes are a lot higher than a statistics or economics class exercise. The programs using these measures impact tens of millions of people in neighborhoods and towns, and hundreds of billions of dollars spent at the local level.

Two more facts for the statistics geeks: the web posting of the proposed change was viewed over 29,000 times, and ultimately 2,203 comments were received in the review period.

https://ced.sog.unc.edu/2019/07/an-important-change-to-formula-for-ced-programs/
Copyright © 2009 to Present School of Government at the University of North Carolina.
Comments are closed.