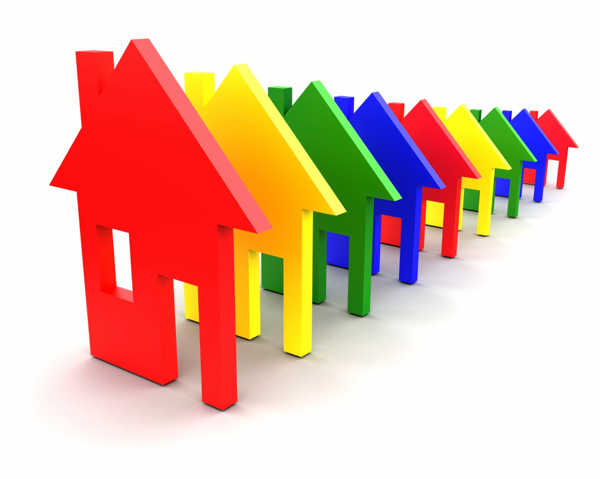 For community developers and housing advocates, household overcrowding has long been a key concern. Across the country, housing needs assessments often list overcrowding as an economic outcome, an indication that affordable housing supply is unavailable. That is, individuals are forced to cohabitate because they have no other available options, and should affordable housing supply appear, individuals would relocate.

When broadly applied, this assumption does not necessarily align with available data. In North Carolina, as discussed below, household overcrowding is more closely correlated with ethnic and demographic characteristics than household economics. Before positioning household overcrowding as an indicator of unmet housing demand, developers and advocates should examine the specific demographic nuances of their communities.

In 2007, the U.S. Department of Housing and Urban Development (HUD) commissioned a report on the measures of household overcrowding. Produced by Econometrica, Inc, the published report discusses the widely accepted benchmarks by which to gauge overcrowding as well as the potential health effects associated therein.

Measured by both a Person-per-Room (PPR) and Person-per-Bedroom (PPB) basis, studies have generally used a benchmark of 1.5 for PPR and 2.0 for PPB. While both measures are accepted in the literature, depending mainly on the availability of data, Econometrica cites PPB as the preferred metric, one that more “effectively captures issues of human proximity.”

Given this direction, an analysis seeking to better understand the current trends in household overcrowding in North Carolina was conducted. Using recently released 2017 microdata from the American Community Survey (ACS), a PPB metric was constructed for all respondents reporting household room data (n=95,998). For those households reporting only one room, that room was counted as the sole bedroom. Respondents with associated PPB variables greater than 2.0 were classified as living in an overcrowded household, and weights provided by the U.S. Census Bureau were applied. Overall state-wide rates of overcrowding are reported below in Table One.

Table One: Rate of Overcrowding in North Carolina, 2017

Importantly, this data are calculated at the individual-level, rather than the household-level, to better understand potential correlations with demographic data. When cross tabulated by race, a significant difference emerges between white and all other populations (see Table 2). While all other races face higher rates of overcrowding, most notable is the rate among individuals identifying as a race outside the available categories, noted here as ‘Other Race.’

Among those respondents identifying as ‘Other Race’, roughly 91% identified as Hispanic. When the data are tabulated against the Hispanic ethnicity variable alone, a similar rate of overcrowding is observed (see Table 3).

Overall, this finding suggests that while a correlation between race and overcrowding does exist, a much stronger correlation exits in relation to Hispanic ethnicity. Furthermore, when the ethnicity variable is further segmented as in Table Three, it becomes evident that this correlation applies only to those individuals identifying as Mexican or ‘Other.’

While demographic correlations are evident, it is important to note that no significant connection between overcrowding and household wealth exists. When household income and the constructed PPB variable are regressed, for example, the results are statistically insignificant. The same is true when overcrowding and housing-cost-burden are cross tabulated. Very small differences in rates of overcrowding exist between populations paying less than 30%, between 30% and 50%, and more than 50% of their household incomes on housing costs (see Table 4). Indeed, in terms of sheer numbers, the largest overcrowded segment is those individuals living in non-cost-burdened households.

The brevity of this analysis is noteworthy. However, to the degree that it is possible to generalize data across the state, an initial interpretation of these findings at least suggests that overcrowding can be a cultural phenomenon rather than a purely economic outcome. That is, individuals may be choosing to cohabitate in more densely populated households based on cultural norms. Ethnographic studies of Latinx and immigrant households across the United States have found similar trends.

For Community and Economic Developers, these patterns merely urge caution. While the overcrowding indicator can be important metric in analyzing a lack of existing supply, it should be contextualized based on a community’s demographic and cultural makeup.

https://ced.sog.unc.edu/2019/08/household-overcrowding-in-north-carolina-a-look-at-the-data/
Copyright © 2009 to Present School of Government at the University of North Carolina.
Comments are closed.