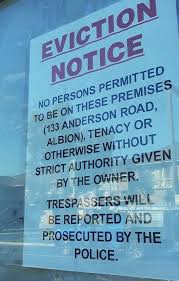 Even in the best of times, evictions are all too common and generate excessive public costs – but COVID-19 has brought the crisis to a boiling point.

In recent months, housing security has not received the same degree of public attention as employment and health, though these issues are inextricably linked. Yes, unemployment – the rate of which approached nearly 25% in some parts of North Carolina in April – can lead to eviction, but the reverse is also true. Job loss is significantly more likely for those who are forcibly displaced from their homes, and eviction precipitates a host of negative health, social, and housing outcomes for years afterward, partly due to a public eviction record permanently limiting housing options and enabling discrimination. In other words, it’s not just that evictions disproportionately impact the vulnerable, but that evictions make previously-resilient households more vulnerable. This is especially obvious during a pandemic, where “doubling up,” a common response to eviction, undermines public health goals and increases transmission risk.

Nearly half of NC tenants are spending more than 30% of their income on rent[1]. A North Carolina executive order established a moratorium on evictions through 21 June, but these protections have expired – even while up to a quarter of NC households are reporting nonpayment of the month’s rent. The bill is rapidly coming due, even for those who are unemployed as a direct consequence of public policy decisions – more than 10,000 eviction cases are now pending judgement in NC courts.

While the executive order extending the moratorium established a 6-month grace period to repay back rent and prevents eviction “for reason of late payment or nonpayment,” it explicitly does not apply to “evictions for reasons other” than the above, such as violation or expiration of the lease, leading some landlords to pressure non-paying tenants to vacate even during the moratorium. According to the North Carolina Judicial Branch, landlords “cannot force tenants out… without going to court,” but so-called “self-help evictions” are still used to remove tenants. As local courts begin to reopen for civil cases, some may turn to remote hearings, creating another barrier for the more than 20% of NC households who lack home internet access.

The expiration of the moratorium corresponds with the peak in the annual cycle of evictions – evictions “normally” increase during the summer months each year for a variety of reasons, including increased childcare expenses and higher utility usage. Staying home is essential to protecting public health, but utility disconnections and evictions will encourage – or force – indigent tenants to seek refuge in public spaces.

Without public intervention, the coming “avalanche of evictions” is predicted to rival the foreclosure crisis of the Great Recession. Landlords, while broadly enjoying more protections than tenants, are not immune either, and small, local property owners in particular face greater risks of foreclosure. Given that large, out-of-state landlords are far more likely to evict tenants, communities have  a distinct interest in protecting local owners from foreclosure. Facing mortgage payments, landlords may feel no choice but to evict – but eviction is not the only option, and poses substantial costs for both the individual and the community.

The quantifiable: dramatically increased healthcare costs, burden on shelters, and disposal of tenant property mean that public costs of waiting exceed the costs of intervention. Evictions were estimated to cost New York up to $1.2 billion in 2019, which explains why an eviction-diversion program tested in the South Bronx showed a net gain of public funds by supporting at-risk tenants: a $700,000 return on a $450,000 investment. The unquantifiable – the erosion of social ties and community character, the incentive for landlords to ignore upkeep on dangerous properties, and the relocation of children to another school in a worse neighborhood make eviction a uniquely damaging force for a family and their community[2].

In 2016, there were 171 evictions per day in North Carolina. At the height of the financial crisis in 2008, that number was 195. The unemployment rate in the past few months has been higher than at any point in history, and the nearly-ubiquitous economic harm highlights the decreasing availability of affordable housing. Depending on the choices of policymakers and the recovery of the economy, we could be facing the worst housing crisis in living memory.

What can public officials do to stabilize their communities?

At the state level, the moratorium on evictions has been effective and could be extended, and a corresponding extension on foreclosure protections would similarly protect landlords from the potential fallout. Housing advocates are concerned that the current six-month grace period on back rents and utilities will be neither effective nor sufficient for tenants. Rental assistance has been highlighted as a prospective stopgap measure, either through direct transfers or through government purchase of rental debt, repayable by tenants over a longer period. Under the CARES Act, the state can use Community Development Block Grant funds for these purposes.

At the local level, resources are more limited but policies can be tailored to meet the community’s needs. Counties and municipalities with high rates of unemployment, eviction, or poor housing conditions need to prepare for a surge in court cases. Some Sheriffs have opted to extend protections beyond those set by the state and refuse to serve Writs of Possession; magistrates might exercise similar discretion with evictions. In other states, local governments are offering rental assistance and extending moratoria. Some local governments have extended loans to local businesses to prevent lasting economic harm and could redirect these funds toward rental assistance as the economy begins to reopen. Charlotte’s housing task force made a recommendation for mandatory alternative dispute resolution (arbitration) to minimize the chance of expensive eviction filings. Delaware recently opted to enact these and other protections statewide, preventing forcible removal of tenants and eviction proceedings in all but the most egregious cases.

While housing nonprofits are not present in every community, local governments can partner with those which exist to raise money for tenants and negotiate with landlords to prevent displacement. For example, Charlotte is collaborating with The Housing Partnership to supply emergency rent assistance, Wake County is using a mix of public and nonprofit funds to rehouse those who are evicted, and local governments in other states are also relying on existing nonprofit networks for distribution. The NC Department of Health and Human Services recently announced distribution of funds to Community Action Agencies (CAAs), nonprofits which assist citizens “at or below 200% of the federal poverty level.” 33 CAAs serve North Carolina’s 100 counties.

There’s no clear solution to a national housing crisis which existed long before COVID-19, but local harm reduction strategies – enacted quickly – can prevent much greater suffering in the long-term for communities and citizens.

Jacob Newton (he/him/his) is a dual Master’s degree candidate in the Master of Public Administration and the Master of City & Regional Planning programs at UNC Chapel Hill. He works as a Graduate Fellow with the UNC School of Government Development Finance Initiative.

[1] The burden is worse on poor renters, the majority of whom (nationwide) spend more than half of their income on rent. Desmond, M. (2016). Evicted: Poverty and profit in the American city. Penguin Random House: New York, NY.

[2] Urbanists from Jane Jacobs onward have dedicated time to exploring the relationship between a community and its inhabitants. Social capital is not a fixed, personal thing, but something that grows with time within the community. Removal harms the neighborhood, and forced relocation to another neighborhood disrupts that neighborhood. The social costs of evictions are paid twice.

https://ced.sog.unc.edu/2020/07/evicted-in-a-pandemic/
Copyright © 2009 to Present School of Government at the University of North Carolina.
Comments are closed.