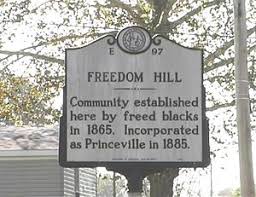 Tourism is a big business. It makes up 5% of the world’s GDP and employs 1 out of every 12 people around the world. Within the United States, it employs 1 out of 8 people. It can also be a driver for community revitalization – in particular, cultural heritage tourism shares a lot in common with community development principles like preservation, focusing on assets, and honoring diversity. Cultural heritage tourism is defined by the National Association of State Arts Agencies as “based on the mosaic of places, traditions, art forms, celebrations, and experiences that portray this nation and its people, reflecting the diversity and character of the United States”. Cultural heritage tourists are especially interested in the beliefs and practices, as well as the challenges and successes, that shape the shared identity of a people. African American cultural heritage tourism is growing too – in North Carolina with the establishment of the African American Music Trail in eastern NC (previously covered on the blog here) and elsewhere in the U.S. This blog post will cover two case studies of historical black towns that have bean popular destinations in the last few decades.

The town of Nicodemus was founded in 1877 by W.R. Hill and six other African-American men who were in search of cheap, unclaimed, federally owned land. Most of the early settlers of Nicodemus were former slaves from Kentucky who had relocated to Kansas. The new town site promoted their town via printed newspapers and speaking tours through black churches in the surrounding areas. The early years for the settlers were wrought with extreme poverty and fear that their white counterparts from the neighboring towns, out of anger, would bring ruin to the settlement. Claire O’Brien’s article on the founding of the town states that Nicodemus was, “a completely interracial town elite throughout the last half of the 1880s, and it served through sheer numbers and money, as a temporary buffer enabling about five hundred African Americans to maneuver in relative safety around the Eastern part of Graham County, Kansas.” The turnaround that the city experienced was due in part to the fact that the Missouri Pacific (a railroad company) was interested in laying down tracks for a railroad that was to connect the Eastern part of Kansas to the Rocky Mountains. The railroad tracks were never laid in Nicodemus as the Missouri Pacific elected to lay the tracks in a majority white town in the same county. Once it was apparent that the railroad tracks would not be laid in Nicodemus, the major businesses, and most of the white townsmen who inhabited Nicodemus relocated. The remaining black families stayed in Nicodemus as they were proud of the community that they had formed.

Nicodemus has a rich history and have preserved many of their original office buildings, churches, and schools. After a long fight in the 20th century, Nicodemus became a national historic site in 1996. The National Park Services has a webpage dedicated to Nicodemus. Tourists looking to visit Nicodemus can do so six days a week except Sundays and federal holidays. Nicodemus’ historical buildings are located on one block near the town center, visitors can elect to do a self-guided tour if they’d like. As of today, the Nicodemus Facebook page, “Nicodemus National Historic Site,” has 3,825 followers. The website managers post daily statutes that include pictures of the scenery and the tourists from across the country who visit the national historic site. The town also has a presence on their state’s official website and has a YouTube video that tells their story.

Eatonville, a town known for its most famous daughter Zora Neale Hurston, is a historically black town located outside of Orlando, Florida. Eatonville, named after Union soldier Josiah Eaton, was incorporated in 1887 and dubbed a “race colony” at the time because it was a haven for newly freed slaves who came from Georgia, and Alabama. Author Zora Neale Hurston described the city of Eatonville in her book as, “the city of five lakes, three croquet courts, 300 brown skins, 300 good swimmers, plenty guavas, two schools and no jailhouse.” Life in Eatonville has not always been simple as they have fought arduously in the latter half of the 20th to fend off incorporation into the city of Orlando. Businesses have left, schools have closed, now “it is both a historic model of black empowerment and a community of nearly 2400 where the poverty rates are twice the national average.”

Eatonville attracts many tourists each year because of their annual Zora Neal Hurston festival hosted by the Hurston National Museum of Fine Arts. Famous authors like Nikki Giovanni, and Maya Angelou have attended the festival in the past as it is a yearly event that keeps Eatonville’s most famous daughter alive. Eatonville has other attractions listed on their VisitFlorida website, including the Moseley House which is a preserved historic home that was first built in 1889. The city of Eatonville advertises its tourist attraction through the VisitFlorida webpage. The town also has its own website that details the history of their founding, and list events that visitors can attend. Their website features blogs from Eatonville residents who write about their love and appreciation for their home. The blogs exist to show potential tourists what makes this historical black town such a special place to visit.

Are there opportunities to further develop cultural heritage tourism within North Carolina?

Joseph Emery-Kouaho is a Masters of Public Policy candidate at Duke University. He is also a Community Revitalization Fellow with the Development Finance Initiative.

https://ced.sog.unc.edu/2018/09/tourism-in-historical-black-towns-nicodemus-kansas-and-eatonville-florida/
Copyright © 2009 to Present School of Government at the University of North Carolina.
Comments are closed.